Opponents of Bernie Sanders’ progressive proposals warn us, “Even if you raised taxes to 100% and drained every single dollar in the United States, that still wouldn’t be enough to pay for Bernie’s programs.”

We admit it: this is true.

“Then you can’t do it,” they say, “and you’re completely foolish. We can’t afford it.”

Of course no amount of tax could possibly pay for the gigantic changes we are advocating. Problem is, the era of government taxing in order to spend is long over. Fiat currency – such as the United States uses – is created out of thin air by Congressional appropriation bills and the Federal Reserve.

Old narratives die hard. Once an idea makes it into popular understanding, it can be a very long time before it’s discarded – even if it is long since obsolete. Asking where Bernie gets the fiat currency to pay for his programs is a question founded on obsolete assumptions. The question itself is moot, and has been for many years.

Unfortunately, that doesn’t stop it from being asked.

It’s been moot since 1913, but more importantly since 1933, when President Franklin D. Roosevelt signed a measure that gold no longer had to be available in lieu of paper money. This helped prevent further bank runs like the ones in 1929, and allowed the government to finance World War II. During that war, we needed to expand our productive capacity and thus we needed more fiat currency to pay people for the goods and services that were needed. If we had kept the dollar’s value tied to gold, creating additional fiat currency would have just created inflation (if you have a static amount of gold and a growing amount of fiat currency, the fiat currency would be worth less and less). Removing that relationship between the fiat dollar and gold meant that creating fiat currency no longer necessarily deflated the value of that currency. This is what makes that question moot.

Later, in 1971, Nixon signed a bill that ended the relationship between the US dollar and gold entirely. These two moves by FDR and Nixon have profound implications for what money is, what taxes do, and what debt means. The entire reality of our economy has been fundamentally changed… but have I mentioned that old narratives die hard? 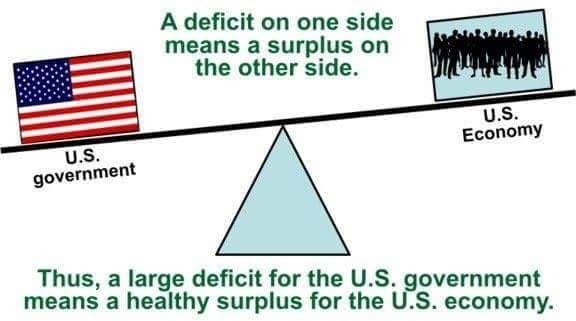 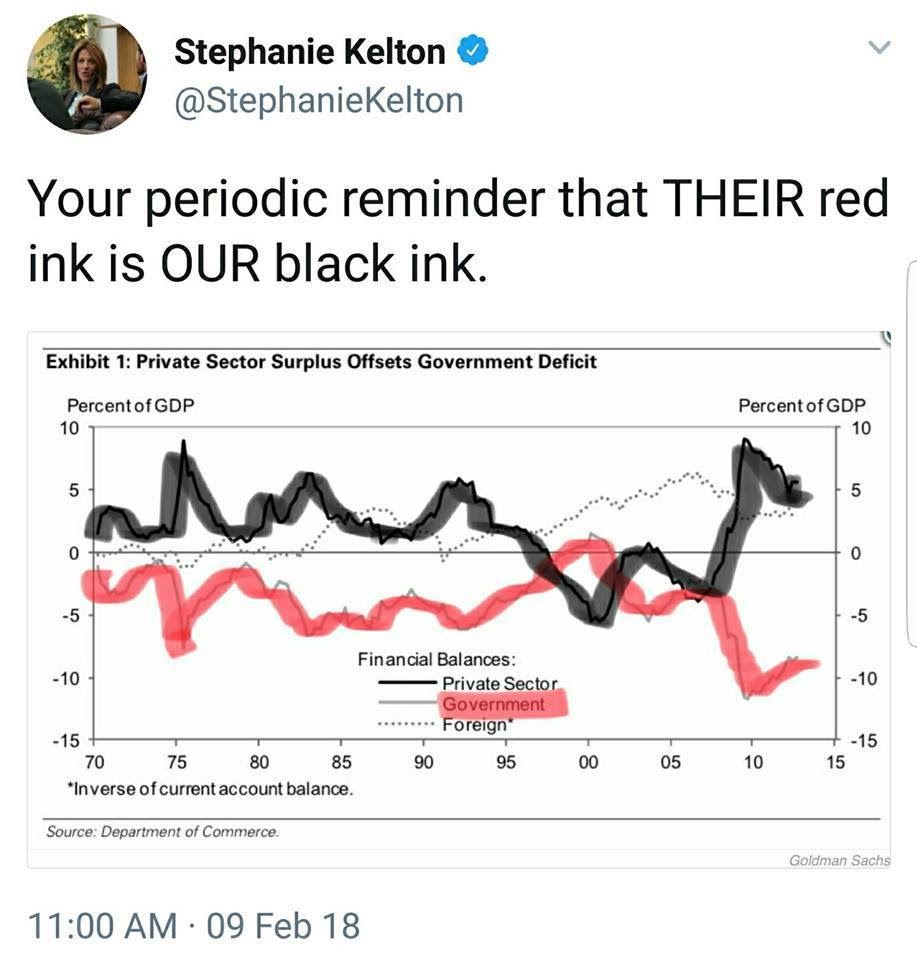 On the federal level, dollars never have to be “raised” anymore. Under a Bernie Sanders administration, the government will pay for its programs the same way it pays for anything else: the government decides it wants to improve the country, so it passes legislation and directs the Fed to debit private sector accounts.

Let’s take Medicare For All, for instance. With vast new credits in the “fantasy economy” (the government’s red ink), real debits begin to emerge in the real economy (the private sector) to justify the spending:

It’s a good thing money is artificial and that it has the elasticity to function this way. If it didn’t have this elasticity, it would still be artificial – but it would be an artificial barrier to using resources and filling jobs. This barrier would manifest, for instance, as empty factories next to empty homes with unemployed people sleeping out on the street – all while the resources needed go unused.

Oh, yeah. That’s exactly where we’re at right now – because when it comes to spending for the public purpose, our representatives act like there are constraints that don’t exist, because old narratives die hard.

It’s time to catch up to where we were 80 years ago and recognize reality. Bernie’s ideas aren’t just possible – they’re a brilliant move economically and a moral imperative.

What we can’t afford: living in an obsolete fairy-tale at the expense of human life.