Deep down, the children of Sanders’ political revolution must have sensed that the people’s odds of any kind of victory last night were slim, at best. Much of our community is feeling crushed beneath the tragic weight of the outcome and even our relief that this mockery of an election is finally over feels hollow. But now is not the time to rest nor is it the time to cast blame — the democrats have failed to maintain control of any part of the government and, regardless of who’s fault it is, each one of us now has to figure out what to do about the fact that Donald J. Trump will be the 45th president of the United States. Because the new US regime is threatening marginalized groups in our community & because all of our efforts in the voting booth have failed, we have very few options left — which is why, in January, a broad coalition of people’s organizations are going to invade & occupy the presidential inauguration in Washington DC.

Occupy Inauguration: We Are Removing Our Consent

We reject the domination of Wall Street and the rule of our society by billionaire elites. We oppose the rigged political and economic system and we do so with the firm belief that another world is possible. To reach that world, we will need to build a united struggle and a Party of the 99%, free from the influence of large donations that has corrupted the two parties so that it will be capable of putting the lives of our people & the future of our planet over profit. Massive demonstrations in the capitol will send the message to our government that we stand in solidarity with all movements for racial, social, environmental, & economic justice and that we will not tolerate attacks on marginalized groups in our communities. Until our mis-representatives genuinely address our demands & grievances, we are removing our consent to be governed.

By working together with as many causes & struggles as we can to organize & occupy the inauguration, we can move toward the formation of a new, coalition movement to break the stranglehold of the two-party duopoly and lift up the voices of the diverse majority who have been left out. So far, Occupy Inauguration is being endorsed by: 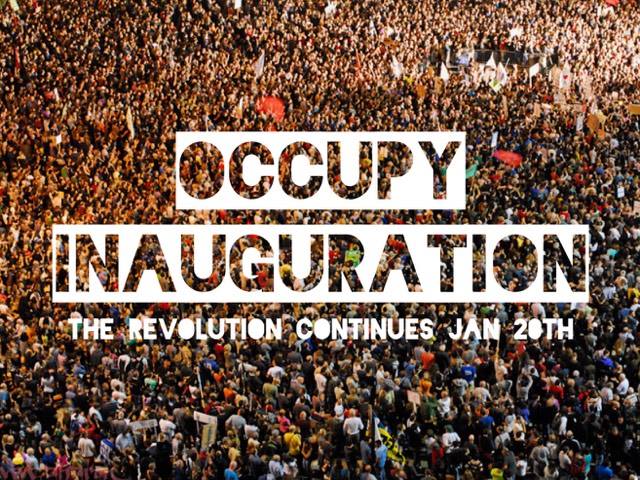 Everybody is welcome to participate as much or as little as they’d like to! I want to see people from as many walks of life as possible getting involved — this isn’t an exclusive club and our collective creativity is really the only limit on how people can help & become a part of this. If you’d like to be involved, the first step would be to visit & “like” the Occupy Inauguration Facebook Page at this link — then, if you’re either interested or totally committed or anywhere in between, RSVP to the rallies & marches on the events page. Don’t be shy, start talking & collaborating with others you meet on the page — take initiative! That’s how real democracy works! You can sign up for email updates or let the organizers know you’d like to volunteer at www.occupyinauguration.org and, even if you think you can’t make it to DC, you can help out by sharing this article or the Occupy Inauguration website on social media. Tell your friends about it — spread the word! You can also help by donating to cover organizing costs at this link. 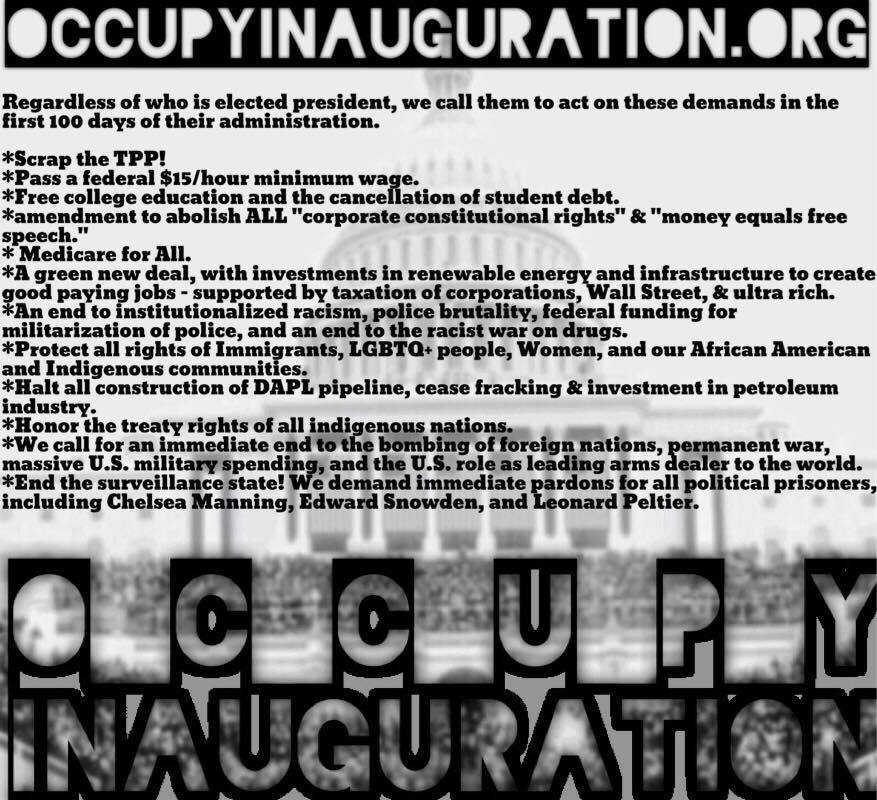 Our rigged, two-party system & the electoral college doesn’t give us much further choice about whether Trump is going to be president — that ship has sailed. We do, however, get to choose how we will respond and how we will resist.

Bernie Sanders said that, when millions of people stand together, there is nothing, nothing, nothing we cannot accomplish! I know the whole political revolution thing doesn’t seem to have worked out exactly like a lot of us had hoped — but, if this movement can hold together (and I think it can!) & even make some new friends along the way, then I say let’s put those words to the test!

I mean — what’ve we got to lose, at this point, anyway?

Other Recent Articles by John Laurits The Land Beneath the Pipeline (11/8) Ohio Outlaws Citizen-Led Exit-Polling & Election Observation (11/4) The US Media is as Guilty as the Police at Standing Rock (10/31) Progressives, Greens, & Berniecrats: Unify or the Movement Will Break (10/25) False Story Alert: #PodestaEmails Do *Not* Show Sanders Was Paid Off! (10/16) US Claims Russia is Influencing the Election by Telling the Truth? (10/12) How the 1% Rigged the Debates Against 3rd-Parties (9/20) How Both Parties Ignore the Majority (9/14) How To Destroy Democracy: A Guide to the Electoral College (9/2) Why Sanders-Supporters Are Mad (& Why You Should Be, Too!) (8/22) Why Aren’t Americans More Infuriated? (8/16) From the Heart of America: #NeverGiveUp (8/8)

*If you appreciated this article, please consider buying John a cup of coffee at this link to his PayPal or, if you find yourself enjoying his articles often & if you have the means, consider pledging a monthly 1$ or $3, using John’s new Patreon page… 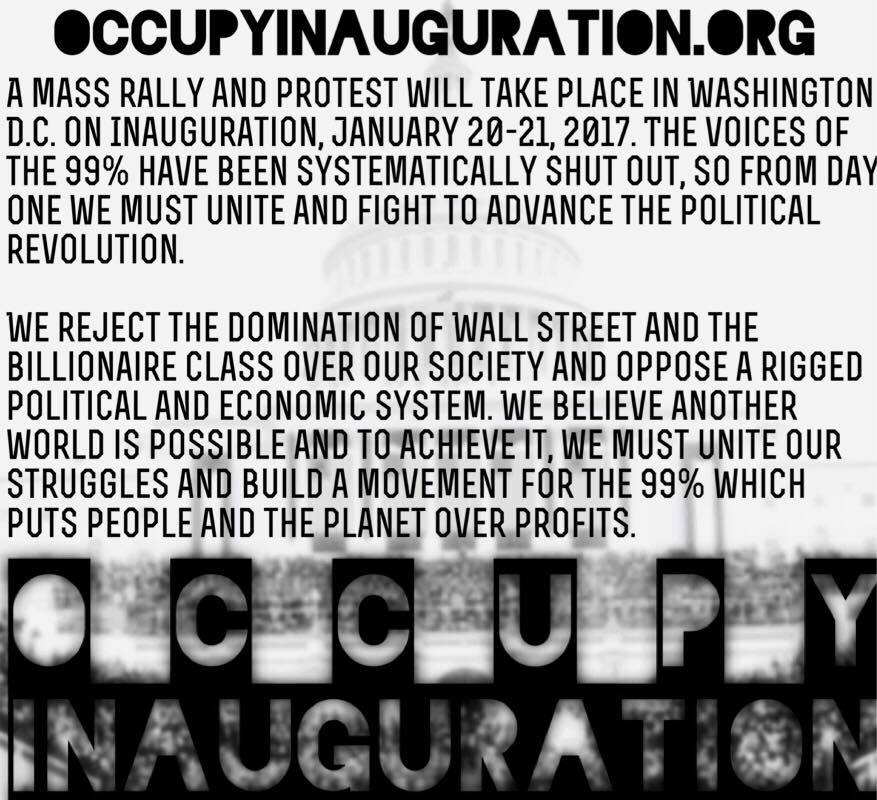